I'm going to try Welding as a career. 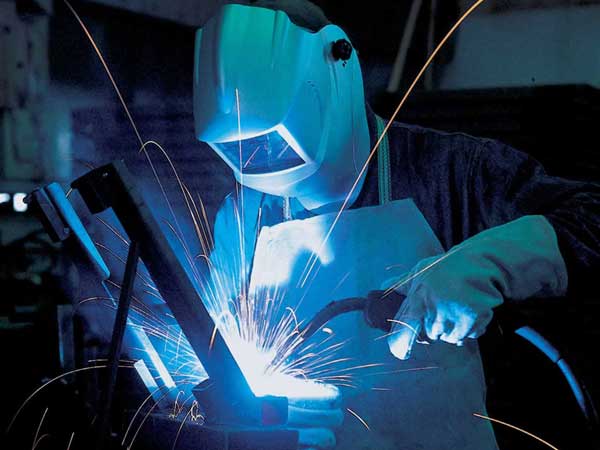 I'd like to pardon the break I've been having - I've been particularly busy, and my health has begun to suffer with the colder weather.

I had mentioned previously that I am taking a part-time welding course at a local school.

Well, over the last six weeks, it has peaked my interest, and now I have signed up to take the foundation levels course, which is 7 months long, full-time.

The province of BC, where I live, has recently received a very large, $8 billion dollar contract to build non-combat support ships (boats) for the federal government's navy. This means that there will be alot of work for trades people (especially iron workers, welders, millwrights, et al).

Between getting all of my ducks in a row to apply for the university level course to learn how to be a level C welder (the most basic, and often used level of techniques), I have been incredibly stressed and anxious. My health has been slowly getting poorer due to this and the chill that recently cut through our area.

I planned on having a long-term income for my investing, such as what I have at my current workplace. But the lure of making over $25/hour, and being eligible for overtime has made me see that I could make over double what I make at my current job if I go into a trade and upgrade my education in that trade as I go along.

My current job has told me that will provide a $5000 raise every year (based on performance, and not guaranteed).

After 1 year total experience as a C-Level welder, (7 months of school + 5 months of work), you gain a C-Level sticker in your 'trades book'. This means that you have the possibility of asking for a higher wage, as you are an 'accredited' C-Level at that point.

Then, you can take the B-Level testing, which is 5 months. After 1 year total experience as a b-Level (5 months of school and 7 months of work) you can get the accreditation as a 'B'-Level, which means, again more job eligibility. There as also more accreditation down the road that can add more to your 'trade book', and offer additional opportunities.

So basically, by going to school for 7 months, I would have to move back in with the parents, which I had hoped to avoid, as I want to allow them to have more money to save for retirement.

But, I don't see much other choice, as it would be very tough for me to somehow make enough money (be it on the markets or elsewhere) to pay for the rent for me, and my girlfriend, in our current residence.

So, I am looking for decent exit points for most of my investments, so that I have a surplus of cash available for all of the expenses that will come up when I am going to school.

I just finished the last of the tests and entry requirements for the course last week. I am pegged to go at the start of March or April 2012 at the earliest, depending on if people drop out of the March course, and let me go earlier.

The primary work for the big ship-building contract start late 2012, so if I get in early enough, I can try to apply directly for that work. Otherwise, there will be many shops and companies that lose their welders to that large contract at the docks, and I can apply for those openings as well.

I just hope to hell that this works out. Maybe there won't even be any work for me to do - Maybe this schooling will be worthless, and an entirely futile exercise.

Earning Jack
I don't earn much.